Hello lovelies! During these difficult and… sweaty summer months, my mind always seems to turn back to one thought. “Man, I wish I was at the beach right now!” I’m sure most of you feel the same way, so I have decided to share a place that I often daydream about and should be on the top of all your travel lists. 😉

Back in April 2017, we set off on an adventure to the wonderful island of Barbados. For years the only beach we ever thought of going to was in Florida, which has also been great and we’ve always had a wonderful time. After a while though… it all felt a bit, how do I say, repetitive. So, I began my search for somewhere new and exciting!

I researched a lot of different islands, both of United States territories and British territories, but only one really caught my eye. Barbados, a relatively small island, (only around 169 sq miles (439 km)) but filled to the brim with an abundance of things to see and do. I was excited and nervous to ask my family about making a change from our former plans to try something different. To my surprise they said yes!

Must see/do in Barbados

This was one of my favorite places in Barbados, and we didn’t even get to go into the actual cave. The reason for this is that the waves that day were so large, they had flooded the cave and made it too dangerous to enter.

I think that one of the most interesting things about this island is that you have two completely opposite environments on either side. On one side you have very calm waters that are great for snorkeling playing in the water. On the other you have massive waves, such as the ones in the photos above. Sometimes these can be great for surfing, but most often it’s very dangerous so be careful!

*TIP* –  Be on the look out for a ship wreck while visiting this site! It might not be there any more, but during our trip there was an abandoned boat about a mile off the marked path on top of the cliffs. We decided to check it out.

During a massive storm, this boat was pushed all the way up and onto the crag. What a scary day for those sailors!

The wildlife reserve is a fun activity to enjoy during your trip if you are looking to spend more time in nature. You’ll see an amazing variety of animals (most of which are roaming free) and you’ll get a nice hike around the forest. Most of the animals are quite tame and like to keep to themselves, but I wouldn’t test them if I were you. 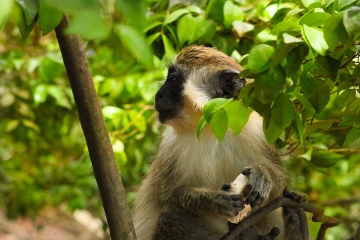 Keep on the lookout for Green Monkeys! These little guys have a green tint to their fur and are hilarious to watch! You might even see a few outside of the wildlife reserve (usually vandalizing property). 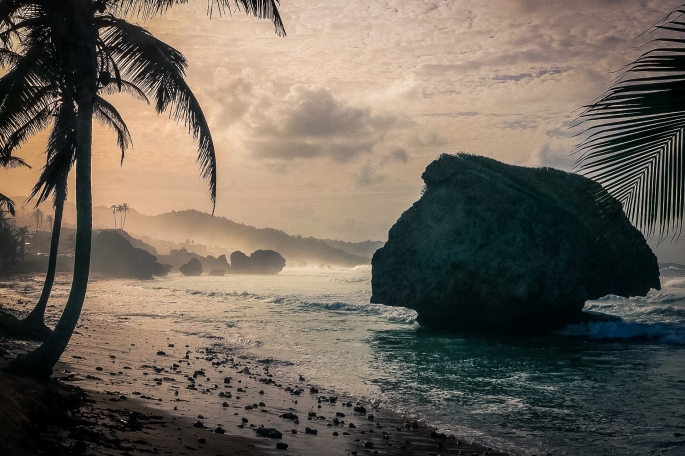 So, you’ve most likely heard of this place before and this might be a little repetitive, but you HAVE to see Bathsheba while you’re in Barbados. It’s not an option. This was one of the most beautiful places I have ever been to in my life. It’s especially spectacular during sunset as you can see in the photo above.

One thing I wish was different however, was the cleanliness of the area. You can’t see it, but on the opposite side from where this picture was taken there was so much trash that had either been washed up by the ocean or was left by selfish tourists. It’s still a gorgeous sight to see, but please remember to dispose of your garbage properly and treat this area with respect.

Relax on the beach

Just spending a day on the beach can be so enjoyable. Remember that you don’t have to be exploring and doing something the whole time your away to enjoy yourself. Vacation is about unwinding and relaxing before going back to the real world.

So sit back with a drink, listen to the waves, and watch the locals go about their daily routines. If there’s an opportunity to go jet skiing, than you might as well do that too ;).

We went on one of these cruises our last day on the island and it was FABULOUS. They took us to two different areas we’re we could snorkel over the coral reefs and we even got to see a few shipwrecks! Unfortunately I don’t have any pictures from the experience due to the lack of proper equipment, so you’ll just have to see it for you self. *Hint hint*.

I did however, manage to catch some shots of the sea turtles, who will also join you on the swim. 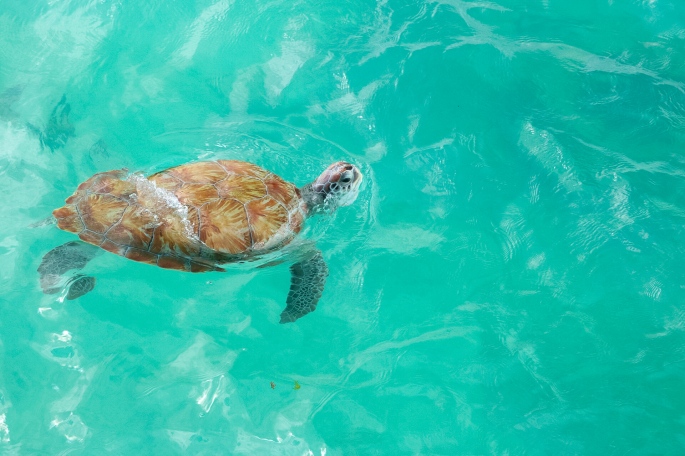 Nope! This is only part one my dear internet people! In a few days I’ll be uploading a post that it includes everything you need to know to make your trip to Barbados an amazing (and safe) one. Stay tuned!

Have you ever been to Barbados? Do you want to go? What’s been your favorite vacation destination? Let me know in the comments below!

Follow The Explorer's Notebook on WordPress.com
Join 88 other subscribers